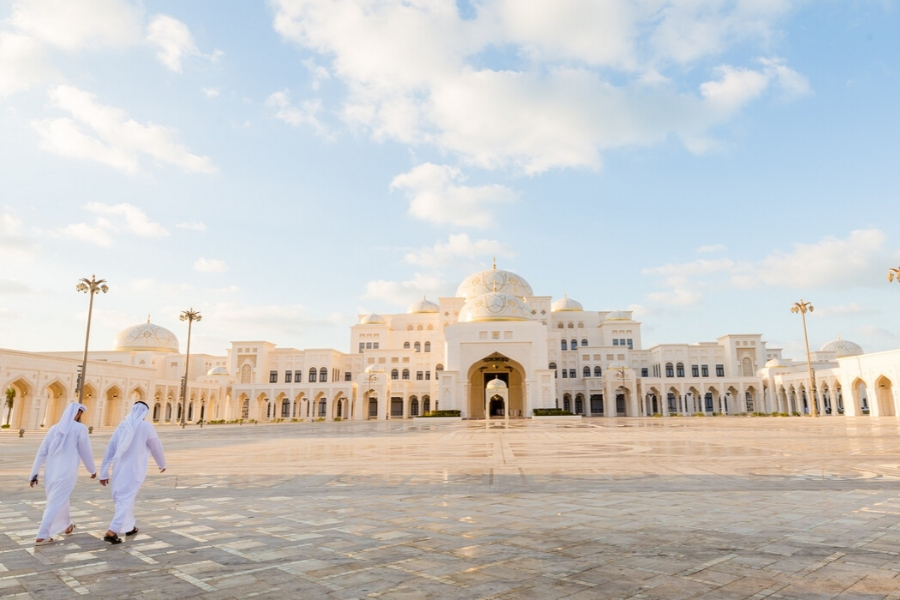 There has been a significant shift in Abu Dhabi tourism in recent years to focus on the city’s cultural attractions.

Whilst we love the entertainment offering in Abu Dhabi from the Yas Island theme parks to the beautiful beaches and parks, these cultural attractions should be a must on every visitor’s itinerary for Abu Dhabi.

We have included eight absolute must stopping points in Abu Dhabi city for the culturally intrigued, as well as a further four attractions you can add on a day trip to the second largest city Al Ain. We’ve topped our listing off with some seasonal cultural events you should also look to add to your plans.

How to get there – navigating around Abu Dhabi

Most of these attractions can be easily accessed staying in central Abu Dhabi, by taxi or as stops accessible on the Abu Dhabi Big Bus Hop-on-hop-off service.

You can see our complete guide on how to get around Abu Dhabi as a tourist here.

Top Tip: If you are visiting Abu Dhabi from Dubai, it is highly recommended you arrange a private tour to capture all the highlights and work to your own timetable rather than being stuck in a big coach group.

Since we first write this post there’s also been a new Visit Abu Dhabi shuttle bus that can transport you between top attractions for FREE (conditions apply).

The unmissable first attraction on most Abu Dhabi visitors lists, and with good reason.  The Sheikh Zayed Grand Mosque is not just a stunning landmark but an active house of worship, open to all religions to admire and reflect.

There is a minimum dress standard expected but this only adds to the experience. It is free to enter the mosque and free to hire appropriate attire and join a guided tour.

Few places in the world offer such an amazing experience, open to all.

Although not directly Emirati or Bedioun culture, The Louvre Museum Abu Dhabi is an unmissable part of the UAE’s modern culture, reflective of blending so many different cultures and traditions.

The Louvre Museum’s main galleries take you on a journey through humanity, from early civilisations and communications through to the modern era of art, seamlessly blending between East and West.

The building itself is an architectural masterpiece, proudly standing as the cornerstone to the new Saadiyat Island cultural district.

Part of the new Presidential Palace complex, Qasr al Watan is one of the most beautiful examples of modern Islamic architecture.

Whilst you cannot visit the working parts of the Palace, visitors are invited to explore the public areas of Qasr Al Watan, enjoy daily guided tours, and explore the expansive gardens, the Great Hall, library and an evening sound and light show at 7.30 PM.

The Palace will reopen to the public on 20 October 2020 – learn more about new safety measures and ticketing options and Qasr Al Watan Timings here.

Launched during the Year of Zayed – the 100-year anniversary of the country’s founding father HH Sheikh Zayed – the Founders Memorial is a stunning sculptural display, set at the end of the Corniche on the corner of Emirates Palace before you cross to the marina.

Open day and night but is most impressive to see at sunset when the 1327 dangling geometric shapes become illuminated by 2000 lights to form a 3D image of HH Sheikh Zayed.

Free tours can be arranged of around 30 minutes in Arabic and English.

Situated opposite the Sheikh Zayed Grand Mosque, a Memorial and Pavillion of Honour were opened in 2016 to immortalise the sacrifices made by UAE nationals in active service for their country.

Translated to English, the “Oasis of Dignity”  is made of 31 aluminium-clad tablets that lean on one another in support, and are inscribed with poems and quotations.  This is an incredibly sad yet important chapter in the UAE’s modern history, a country rarely involved in conflict.

You can easily combine a visit to the Grand Mosque with Wahat al Karama for some of the best distance Mosque views but crossing the busy freeway is a challenge.

The oldest standing building in Abu Dhabi, built in the 1790s, the stone fort was originally constructed to overlook the coastal trade routes and protect the growing island settlement.

As well as a history museum, it is also home to the Cultural Foundation and the city’s new Abu Dhabi Children’s Library. There is a daily program of cultural events and special events held on the grounds throughout the year.

Based on Abu Dhabi’s corniche breakwater with stunning views back to the ultra-modern Abu Dhabi skyline.

The Heritage Village is run by the Emirates Heritage Club, giving you a taster of traditional bedouin housing, an old-style souk, and artisans producing handicrafts including pottery and weaving. On occasion, they also have falconry displays and craftsmen demonstrations.

It has been outshone, however, by the re-opening of Qasr al Hosn which has many more interactive displays. Entry is completely free if you are seeking just a small introductory taster to Bedouin life in the city.

This humble building on the city’s outskirts offers a fascinating insight into Emirati culture and the importance of falconry.

A 2-hour guided tour of the facilities in Sweihan will guide you through the historic importance of falconry to the Bedouin people through to the hospital itself where these majestic birds are cared for and you have the opportunity of up-close encounters.

It comes with a heftier price tag than some of the other attractions listed here, but in our own experience, it was worth every dirham. A really in-depth tour is provided with narrative, a chance to see the Falcons up close, and even see an operation take place. Pre-booking essential.

Check out the best accommodation options in Abu Dhabi here

The next four cultural attractions are based in Al Ain, the Oasis city that sits 160kms south of Abu Dhabi city centre.  It is also known as the cultural capital of the UAE, home to the country’s founding father and steeped in history.

The historic royal residence of the UAE’s founding father HH Sheikh Zayed. This beautifully restored homestead in Al Ain is a vast contrast to the modern-day Presidential Palace in Abu Dhabi city.

The palace was his primary family home until 1966 and has been restored and turned into a museum of the Al Nahyan family’s history. Delving into HH Sheikh Zayed’s personal and political life, it gives you a good taste of what life was like in the UAE before the discovery of oil. You can also have a go at trying to understand the Al Nahyan royal family tree!

The 3000-acre oasis can be found in the centre of Al Ain.  Home to over 147,000 palm trees, the oasis was designated as a UNESCO World Heritage site in 2011, along with six other smaller oases across the city.

Almost compulsory for everyone who lives in the UAE to understand the way of life. Explore the 3000-year-old falaj irrigation system – a grid of waterways for channelling fresh clean water from off the mountains and into the oasis. You will also find the miniature oasis which is an interactive display breaking down the workings of the oasis.

Situated inside the Al Ain Zoo, this is definitely one of the country’s best learning resources for culture, heritage and natural history – and completely deserving of more attention, arguably where we’d recommend all visitors to the UAE start their learning journey!

There are five interactive galleries spread over multiple levels that take you on a journey from the desert past, local geology and neolithic period life, all the way through to the country’s present and future along with sustainability education and initiatives.

Check out all the best accommodation options in Al Ain.

As well as these permanent cultural landmarks, other seasonal events to consider working into your travel plans to Abu Dhabi.

If you are living in the UAE, or are visiting during December then attending the Al Dhafra festival in the Western Region of Abu Dhabi is a must.

Established in 2007 the festival was established to educate younger generations about their country’s indigenous heritage, traditions and culture. Events range from the ever-popular camel beauty contest through to date packing, camel milking, Saluki racing and falconry.

Information on the event’s program, in English at least, has been scant in the past but is improving.  It’s one of those events you should simply turn up to and absorb the atmosphere, situated in Madinat Zayed Park, approximately 2 hours from Abu Dhabi city.

A great new addition to the UAE culture calendar, this annual event is held in a purpose-built centre for culture in Al Watha, just outside of Abu Dhabi city. It showcases local foods, dance and traditional events while taking visitors on a journey from ancient times to a prosperous society.

Where is Abu Dhabi? Fascinating facts about the...

Fun Things to do This Spring on Al...

Exciting things to do on Yas Island This...

What to expect at the Louvre Abu Dhabi...